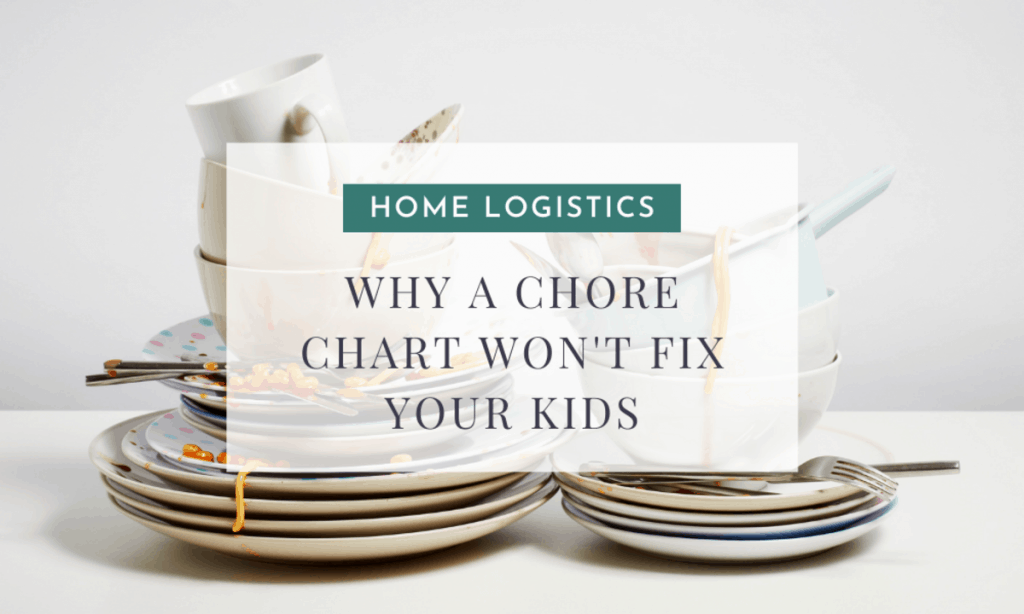 Why A Chore Chart Won’t Fix Your Kids 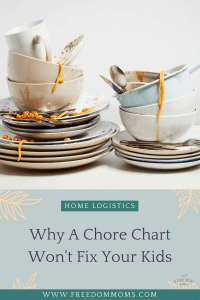 Have you ever bought a chore chart, thinking it was the golden ticket to finally getting your kids doing chores? And then, a few days or weeks later, you were sorely disappointed?

Welcome to the Club of Disappointed Chore Chart Moms!

I’m pretty sure I have tried them ALL! And NONE of them worked!

Eight years ago, when I was still trying to figure it all out, I knew that getting my children to do chores was possible. We had just finished reading Farmer Boy, by Laura Ingalls Wilder, and those Wilder kids pulled some MAJOR weight!

It took me a while, but I did finally figure out why the chore chart, in and of itself, would never produce the results that I was looking for…there was WAY more to the equation.

If you tell your child to go sweep underneath the table after dinner, but you don’t check back and make sure he does it, what will happen? I know in my house, the child may grab the broom and head in the right direction, he may even stand there for a minute or two and move the broom around. But, if the child knows that I won’t be checking to make sure all of the crumbs are clear, he will set the broom against the wall, and go play.

The same is true for mostly any chore, and most children. If the child knows he can get away with it, he won’t actually complete the task. But he may still mark off that he did it on the chore chart.

So, if you want the chores to be started AND finished…you are going to have to start inspecting the work and providing more accountability.

I know there are a lot of crafty moms out there (WAY more talented than myself) who have managed to create absolutely gorgeous chore charts. If time spent creating a chore chart somehow translated to chore success, a lot of us would have much cleaner homes.

Here’s a fact though! It doesn’t matter how you create your chart, whether it’s in Excel, craft paper, origami, laminated, etc. The time spent CREATING the chore chart is completely irrelevant to how well the chores are actually implemented.

All of that time spent crafting the most beautiful chart…it does not tilt the bar anymore in your favor than the Mom who doesn’t even have a chart.

Your home won’t be any cleaner or more organized after spending hours creating the perfect chore chart. Time spent creating the chart is just busy work.

So, let’s say that you create a new chore chart. All of the spaces are filled in, and each of your three children are assigned about five chores each. Prior to this chore chart, they had not been assigned anything. But they were expected to pitch in and help when needed.

So, all of the sudden, your child is going from zero chores to five, just like that. How do you think the child now feels?

I know how I would feel if I was suddenly assigned five extra duties, on top of everything I was already doing…

And how do children behave when they are overwhelmed, desperate, and angry? Usually with attitude. Major attitude.

Mom may be able to push through the attitude and insist on the chores for a few days, maybe even a few weeks. But sooner or later, all of that attitude will start to wear her down. But then what?

Back to the status quo.

I struggled for years to get chores properly implemented in my own home. I was determined to figure it out, and so I just kept experimenting. One day, after SO much trial and error, I finally cracked the code.

You don’t need a chart to be successful with chores. I have ten children, and they all have chores, but there isn’t a single chore chart to be found in my home.

If you are interested in creating lasting success with chores in your own home, check out the Smart Kids Chore System. Join over 9,000 other families who have cracked the chore code and gotten chores implemented in their own homes! 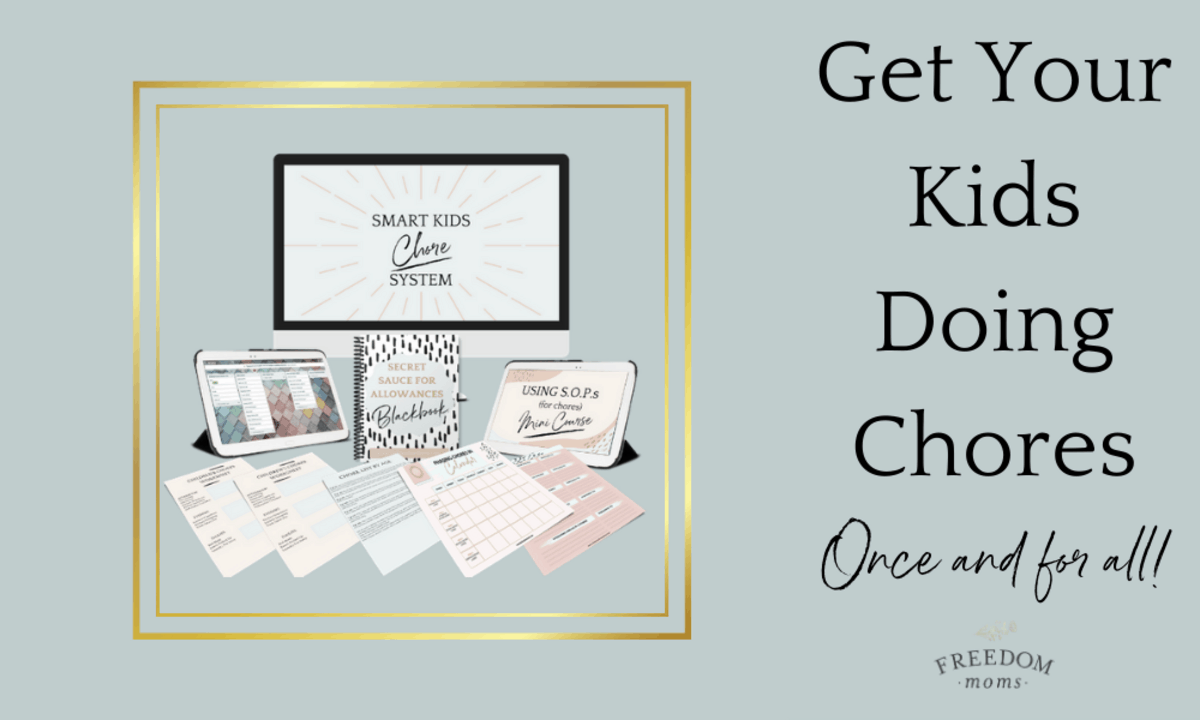 Ashley is committed to helping ALL Moms (working moms, stay at home moms, homeschooling moms, ADHD moms, and any other kind of Mom who wants a change!) realize and achieve a calm, peaceful, neat space that really feels like Home Sweet Home. 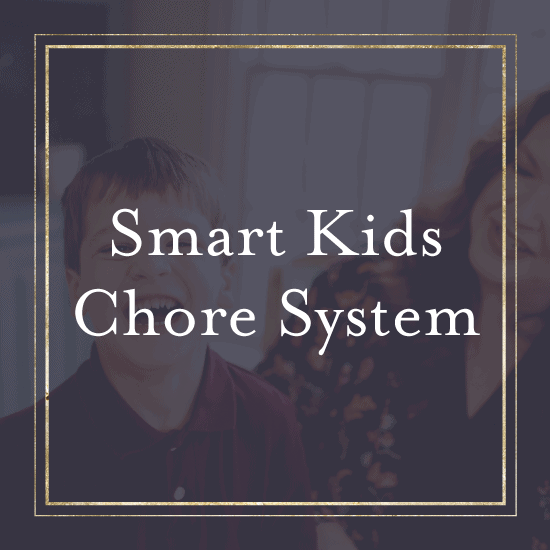 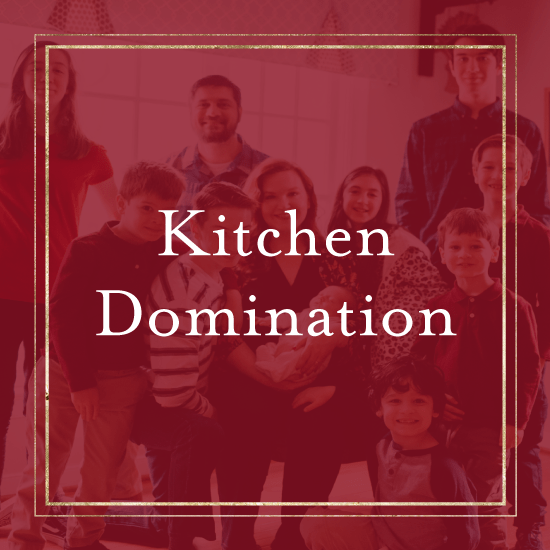 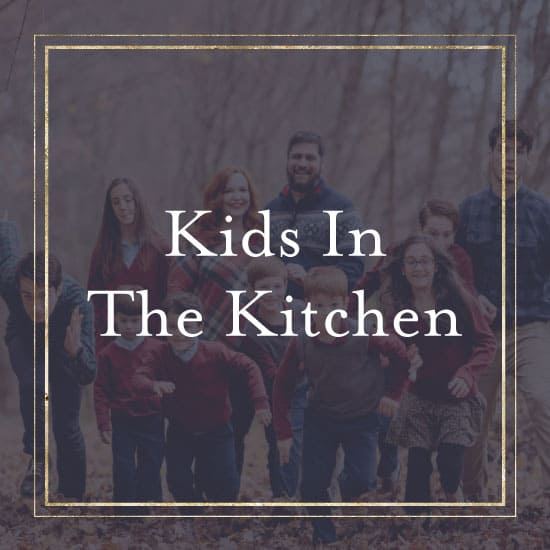 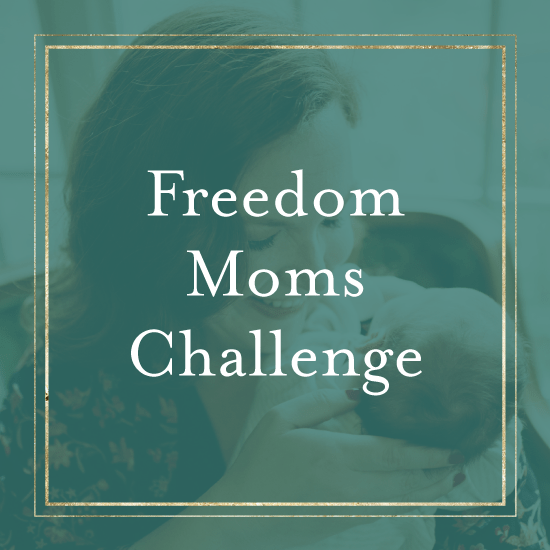